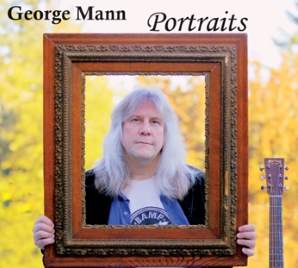 George Mann sings songs from the last century of labor and social activism, and his own songs are powerful and funny takes on the state of the nation. His concerts are part sing-along, part history lesson, and he can make you shout for joy, send chills down your spine or bring tears to your eyes in the same set. His newest CD is “Portraits” (released in January!) and he will be featuring many of the songs from that album at his concerts.